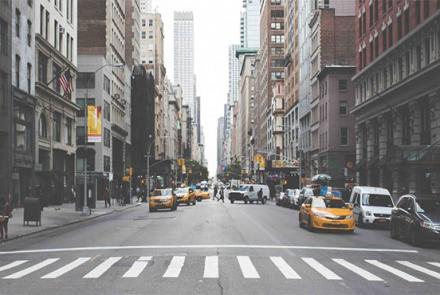 Around 8 a.m. on May 20, 2014, plaintiff George Roe*, 56, an educator for the disabled and mentally challenged, and who was a victim of childhood polio that affected his right leg and required him to walk with a cane, left his apartment on Hyde Street, in San Francisco. Mr. Roe walked with his wife, plaintiff Mrs. Roe, towards the intersection of Hyde and Geary Street. Mr. Roe reached the intersection and waited on the corner for the signal light to change. Before reaching the curb, Mr. Roe's wife kissed him goodbye and began to walk in a different direction. Once Mr. Roe's light turned green, he started into the intersection within a marked pedestrian crosswalk. When Mr. Roe was approximately 8 to 10 feet into the intersection, he was struck by a vehicle operated by Jane Smith. The force of the collision lifted Mr. Roe off of his feet and threw him approximately 8 to 10 feet. His body landed in the roadway.

A witness visiting San Francisco from London was crossing the street in the opposite direction of Mr. Roe and witnessed the incident.

Mr. Roe sued Smith, as well as the company Smith was employed by on the day of the accident because Smith was on her way to a client meeting at the time of the incident.

As a result of the horrific crash, Mr. Roe sustained a right supracondylar femur fracture with intercondylar extension. The right supracondylar femur fracture was comminuted (pieces) involving the articular surface in the knee joint in two primary places with a sagittal split. Additionally, there was a comminuted patellar (knee cap) fracture with a severe comminution of the articular surface involving a strain of the articulating cartilage surface.

Mr. Roe required extensive emergent medical treatment, which included surgery.  Due to his pre-existing polio, Mr. Roe was unable to appropriately rehab the right knee, causing Mr. Roe’s surrounding tissues to contract and effectively freeze his right knee joint. Mr. Roe was left with range of motion in his right knee that is limited to a 30 to 55 degree arc, resulting in a complete inability for Mr. Roe to bend his leg.

Mr. Roe’s case settled days before trial was scheduled to begin for $2.05 Million.

*Names of the parties have been changed.