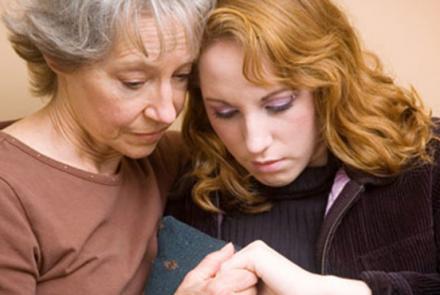 The day began like so many others: a family breakfast followed by a hug and a kiss goodbye, after which our client, a 46 year old Wife and Mother of an 8 year old daughter set off in her car for work. She expected that the seat belt system in her car would keep her safe in an accident, and she thought the car had the newest and best type of seat belt – one where the shoulder belt automatically secured itself once you turned the car on. Tragically, she was wrong and when her vehicle rolled over after a wheel and tire separated from another vehicle, rolled down the freeway and crashed into her windshield, the edge of the shoulder became like a weapon, and caused her fatal injuries.

We filed suit against the car company and the party’s responsible for allowing a tire to separate from the owner’s vehicle, rolling down the freeway until it crashed violently and unexpectedly into our client’s windshield. Everyone denied responsibility – the vehicle owner said a repair shop caused the tire to come off, the repair shop said the owner changed the tires himself and it was his fault, and the car maker said the seat belt system was just fine, and that in any event the seat belt did not cause the fatal injuries.

During the case, our law firm developed substantial evidence showing that car makers knew this was a dangerous seat belt system since users often did not fasten the manual lap belt, thinking the automatic shoulder belt provided all the protection they needed. Further, through extensive and careful investigation and litigation, we found that the repair shop altered critical case records to try and show that the car owner, and not the repair shop had last affixed the wheel and tire to the vehicle. Our efforts resulted in a 1.57 million dollar settlement and gave our clients the financial security they needed, and allowed them to feel there was closure in the case, with the wrongful death had been vindicated, and the responsible companies held to account.