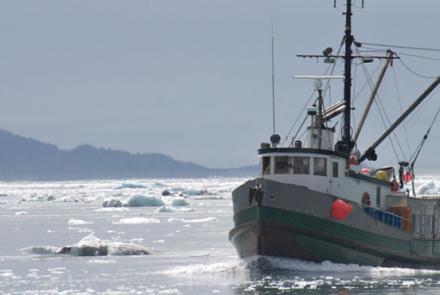 Injured Alaskan fisherman Receives $641,000.00 Settlement:  Selhorst v. Alward Fisheries, LLC, et al. United States District Court, Alaska, No. 3:12:CV:00133-TMB.In the summer of 2009, Robert Selhorst, a bay area resident, was working on an Alaskan Fishing Vessel. The Vessel encountered rough seas causing Robert to fall  into an unsecured plastic garbage bag. As Robert put his hand and arm out to break his fall, his hand struck the plastic bag and was pierced by glass that had been disposed in the garbage bag. This caused a deep laceration and a severed nerve complicated by development of carpal tunnel syndrome. The wound bled so copiously that the Vessel headed into port for emergency medical care. Robert was taken by air to an emergency facility where the deep wound was treated initially. Residual injury included weakness and numbness in the injured hand and thumb.

Mr. Selhorst filed an action in Federal Court against the Fishing Vessel owner and Captain and alleged negligence in the disposal of glass, pursuant to the Jones Act. After  years of extensive litigation in Federal Court in Alaska, the case was settled shortly before trial was to begin. Andrew H. Meisel of Meisel Law Group worked as co-counsel with Alaska counsel Russ Winner. The Vessel owner and Captain denied the claim initially, alleging throughout the litigation that Robert was negligent in failing to maintain a proper grip and stance on deck, that Robert had put the glass in the garbage bag and had thrown the garbage bag to its unsecured location on deck. According to Andrew H. Meisel, co-counsel for Mr. Selhorst, evidence indicated the vessel’s crew had not been properly trained and there were no implemented regulations on board regarding the safe disposal of glass. Mr. Selhorst testified he had a secure stance as required, and heavy seas forced him off balance and into the garbage bag. The Vessel owner had a one million dollar liability policy that was a wasting policy, such that the $641,000.00 compensation to Mr. Selhorst exhausted the policy such that this was essentially a policy limits settlement.