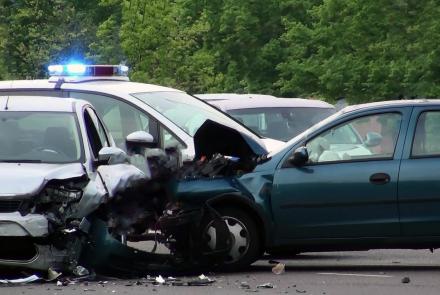 A study released earlier this month found that San Francisco has the most dangerous drivers in California.

The study focused on cities in California with populations over 100,000.  Of the 59 cities that fall into this category, 13 are Bay Area cities - San Francisco, Oakland, San Jose, Berkeley, Richmond, Fremont, Hayward, Sunnyvale, Concord, Vallejo, Daly City, Santa Clara, and Salinas.

The results of this study came on the heels of a report released in November 2016 by a Washington, D.C. based transportation research group, which found that two Bay Area cities – San Francisco and Oakland – have the worst roads of any large urban region in the entire United States.  This is the second year in a row San Francisco and Oakland were awarded this dishonor.

San Francisco also came in 9th on the list of 20 cities in California that have the highest rate of motor vehicle fatalities.  In total, 26 California cities, including San Francisco, have fatality rates above the national average.

The attorneys at Meisel Law Group regularly litigate cases against San Francisco’s most dangerous drivers.  In December 2016, Meisel Law Group successfully resolved a case against a San Francisco driver that collided with a pedestrian who was crossing Hyde Street within a marked pedestrian crosswalk.  The pedestrian had the right-of-way.  The driver inexplicably did not see the pedestrian and crashed into the pedestrian at full speed, causing long-term injuries to the pedestrian.  The case favorably resolved for $2,050,000.00.  If you would like to learn more about this case, or other cases we have handled, please see our "Records of Success" on our website at www.mkinjurylaw.com.

If you or a loved one has been a victim of San Francisco’s dangerous drivers, call the attorneys at Meisel Law Group.