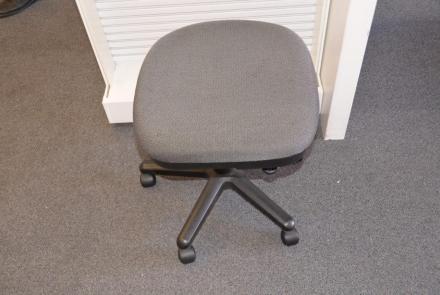 A policy limit settlement of Five Million Dollars has been reached in the case of Jane Roe, a 66-year-old retired woman who fell from a defective chair causing spinal trauma and partial paralysis. The injured victim had brought her broken laptop computer to a retail computer repair store in San Francisco, California. The names of the parties are confidential in accordance with the Case Settlement Agreement.

The store provided a chair for the woman to sit upon while she waited for the technician to diagnose the computer problem. After sitting for a few minutes, the woman leaned back in the chair expecting there to be a seat-back but the seat-back had previously been removed by the store. The injured victim lost her balance and tumbled head over heels onto the floor, landing on her head.

Jane Roe sustained fractured cervical vertebrae. While hospitalized, she underwent multiple spinal surgeries including open reduction, internal fixation, and bone fragment removal. The unfortunate outcome was a partial paralysis, with weakness and limited use of her arms, hands, and legs.

Andrew H. Meisel of Meisel Law Group handled the case and filed suit in San Francisco Superior Court. The law firm undertook a thorough investigation and analysis of the incident and concluded the chair had been designed, manufactured, and sold as a task chair, and when it was sold to the computer store the chair had both a seat and seat-back but no arm rests. The store had removed the seat-back which made the chair more like a stool than a chair. In the lawsuit, Mr. Meisel alleged there was an improper modification of the chair, and the chair was not assembled in accordance with the manufacturer’s instructions, rendering the chair defective and dangerous. The store owner alleged the customer should have known the chair had no seat-back and the injured plaintiff was careless for leaning back. This was countered by the fact that the seat itself was contoured and angled from front to back, such that it appeared at first glance to be the type of chair that would be expected to have a seat-back, and the angle of the seat invited a person to lean back, and once she did, the seat angle contributed to the loss of balance and the resulting fall. The chair itself never tipped over, and there was no lateral movement of the chair before the woman fell.

During the pendency of the action, Mr. Meisel retained safety engineering experts to examine the chair, and purchased a replica of the chair to determine how the chair was intended to be assembled and used in accordance with the owner’s manual. A detailed medical evaluation was undertaken by medical experts retained by the Law Firm. Mr. Meisel attended multiple inter-disciplinary medical team meetings at the skilled nursing facility where the victim was rehabilitating. The retained medical experts developed a life care plan including the cost thereof.

After filing a Complaint in Court and the initiation of discovery, the case was settled for the full liability policy limit of the retail store, five million dollars. By agreement, the identity of the defendants and the insurer remain confidential. The settlement allowed the injured victim to transfer to a rehabilitation facility of her choosing with the goal of returning home. The settlement provided the victim with the financial resources needed for her lifetime medical and related costs including attendant and chore services, power wheelchair, and modifications to her home.

Click here for this Client’s Testimonial about our firm’s representation.

We have handled and won awards in thousands of other personal injury cases, many involving catastrophic injuries or death. Chances are good that we have already succeeded in a case like yours. If you or a loved one has been injured, or lost their life, contact Meisel Law Group for a free consultation to protect, enforce and prosecute your rights.