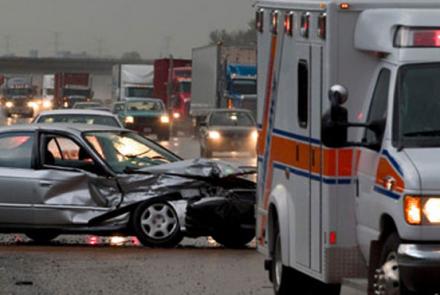 A 70 year old man who was struck by a car as he crossed the street in front of his house was awarded $5,558,823.00 by a San Mateo County Jury. The pedestrian, Mr. Yao and his wife were represented by Meisel Law Group. Donald Krentsa and Walter Walker were trail counsel for Mr. and Mrs. Yao in a case that was distinguished as the “Verdict of the Week” in Verdict Search California, Volume 8, Issue 45. Mr. Yao sustained a spinal and head injury for which lifetime care costs were claimed. The defendant motorist in the case was insured by Farmer’s Insurance Company, which denied responsibility for the accident, claiming that Mr. Yao illegally jay walked and darted out in front of her car. She also claimed Mr. Yao was on a raised median in a place of safety when he stepped off the median and into the path of the car at a time when she could do nothing to avoid the collision. The police report concluded that Mr. Yao was completely at fault for causing the accident, and the officer was permitted to so testify at trial. The officer was also permitted to testify that in his opinion there was not an unmarked crosswalk at the location where Mr. Yao was crossing.

Meisel Law Group retained a team of experts, which included a high definition video recreation of the accident to demonstrate how visible the pedestrian was to the approaching motorist. Meisel Law Group also retained a computer tech expert to produce all evidentiary documents onto a life-size screen and created exhibits superimposing crosswalk lines in the area where they contended there was an unmarked crosswalk. This exhibit ultimately convinced the jury and the judge of the existence of the unmarked crosswalk, making it legal to cross where Mr. Yao did.