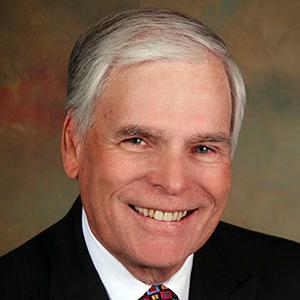 Born in New York, Mr. Krentsa grew up in Florida attending the University of Florida as an undergraduate, receiving a B.A. in Business Administration. He attended the University of Miami Law School, graduating in the top 10% of his class, getting recognized for Law Review.

Mr. Krentsa moved to the San Francisco bay area in 1994, joining the Meisel Law firm and becoming a partner in 2000. Since joining the firm, he has practiced exclusively plaintiff’s personal injury law. He is currently admitted to practice in both Florida and California. Mr. Krentsa practiced in South Florida for 21 years before moving to California. Between the 2 jurisdictions, he has tried in excess of 100 cases to verdict.

Mr. Krentsa has been a finalist for the San Francisco Trial Lawyers Association’s “Trial Lawyer of The Year” award, having been nominated for a $5.5 Million-dollar verdict arising out of a pedestrian vehicle accident in San Mateo county. The 2-week trial resulted in a gross verdict exceeding $5.5 Million. The highest offer from the defense prior to verdict had been $500,000, based on their belief there was no liability on their driver. Recently, Mr. Krentsa settled another pedestrian vehicle accident with contested liability for the Policy limits of $1.5 Million. In 2016/17 Mr. Krentsa tried 5 binding Arbitrations to successful verdicts, with all verdicts exceeding 6 figures and exceeding any pre-verdict offers.

Mr. Krentsa has been selected as a Northern California Super Lawyer every year since 2014. Selection as a Super Lawyer is limited to attorneys who have distinguished themselves in their legal practice. This honor is limited to no more than 5% of the practicing attorneys in California. The patented selection process is rigorous and requires third party validation of professional accomplishments. Additionally, Mr. Krentsa is a lifetime member of the Multi-Million Dollar Advocates Forum. Membership includes the top trial lawyers in the country and requires a multi-million-dollar jury verdict for a client. Fewer than 1% of the U.S. attorneys achieve this membership.