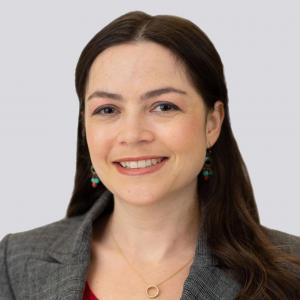 Attorney Lauren Meisel was born and raised in the Bay Area. She achieved her Juris Doctor from Golden Gate University School of Law in San Francisco as a member of its Honors Lawyering Program, a highly competitive and rigorous program, featuring honors courses and practical training. She also earned a Witkin Award in Evidence for her outstanding performance in the class. After graduating in the top 5% of her class in 2015, she was admitted to practice law before all courts in California and the United States District Court for the Northern District of California. Since joining the firm in 2015, Ms. Meisel has been passionate about obtaining compensation for the firm’s injury-victim clients and providing them compassionate support during times of crisis. Ms. Meisel , an avid cyclist who commutes daily by bicycle has a special interest in helping injured cyclists. The thousands of annual miles logged bicycling on urban roads gives her a unique insight into bicycle accidents. Recently, Ms. Meisel won a policy limits award for a 33 year-old San Francisco woman knocked off her bicycle by a motor vehicle after the insurance company denied liability. Ms. Meisel is a current member of the San Francisco Bicycle Coalition, State Bar of California, the Bar Association of San Francisco (BASF), San Francisco Trial Lawyers Association (SFTLA), American Association of Justice (AAJ), and the Consumer Attorneys Of California (CAOC).