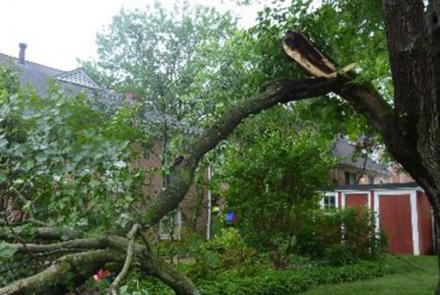 55 year old Mrs. Chen was returning to her car at William Land Park in Sacramento, California when a one ton, fifty foot long limb of a eucalyptus tree snapped and fell upon her. She had to be extracted from under the limb, where she had become trapped. As a result, she sustained burst fractures at L-1 and L-3, multiple rib fractures, a pelvic fracture requiring surgical repair, clavicle fracture, and a lacerated spleen requiring a splenectomy. Her recovery was complicated by a stubborn and persistent post-traumatic stress disorder that robbed her of her energy and optimism.

After a lawsuit was filed, the parties agreed to mediation with Judge Richard Gilbert, retired. On September 25, 2013, the case was settled at mediation for 1.875 million dollars. Andrew H. Meisel represented the plaintiff; the Sacramento City Attorney’s office represented the City of Sacramento. Suit was filed by Meisel Law Group in Sacramento Superior Court on February 13, 2013 as case number 34-2013-00139467.

Mr. Meisel indicated that the photographs of the tree limb underscored that the impact must have been quite violent and supported the serious claimed injuries. Additionally, the family was close knit and would have provided excellent credible testimony about the significant personality changes brought about by the post-traumatic stress disorder.

When a public entity such as the City of Sacramento may be responsible for causing bodily injury, prompt action is important, as any claimant must file a public entity claim within six months from the date of the incident. Meisel Law Group provides free consultation and case evaluation for serious bodily injury and death cases.