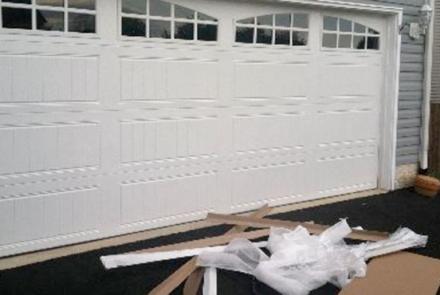 Plaintiff, a 66 yr old semi-retired handyman was hired by defendant property owners to undertake a construction project to stabilize and remodel their 85 year old garage. Defendants did so without obtaining a permit from Berkeley and plaintiff was not a licensed contractor, a fact known to defendants. While undertaking the construction, the garage collapsed upon Plaintiff, causing a fractured L-5 vertebrae and fractured hip which required open reduction, internal fixation surgery at Highland Hospital. Plaintiff had approximately $140,000.00 in medical bills and made no wage loss claim. Plaintiff claimed defendant homeowner was negligent per se in failing to obtain a permit as required by Berkeley, and the defendants thereby became owner-builders such that plaintiff was conclusively presumed to be their employee, but that the claim was not barred by the exclusive remedy rule of workers compensation since the homeowner's policy did not cover the employee of an owner-builder engaged in a construction project. Defendant claimed plaintiff was an independent contractor who should have told them a permit was required but did not, and that plaintiff negligently shored up the garage causing it to collapse and was solely at fault for causing the collapse.

At mediation, defendant only offered $15,000.00 taking the position they would defend the case. On December 9, 2011, the Friday before the Monday trial date, the case was settled for the sum of $275,000.00. Multiple motions regarding liability were pending before the court, with the judge's decision expected imminently.

Counsel for Plaintiff, Andrew H. Meisel and Donald Krentsa undertook extensive discovery, investigation and legal research to advance the allegation that a permit was required, that the homeowners failed to apply for and obtain a permit, and that the homeowners thus became owner-builders with potential liability to plaintiff, notwithstanding the fact that plaintiff designed, undertook and supervised the project personally without oversight by the homeowner, and plaintiff designed the shoring system that case experts testified was faulty and was the cause of the collapse.